According to Pakistani intelligence officials, the team was targeted in Lahore following a threat call to the Australian interior ministry stating that they would be attacked.

“On Thursday, police were able to track down and apprehend the individual who had threatened a terror act on the Australian interior ministry,” said Mubashir Maken, a police officer who was involved in the investigation.

Near his statement, he stated that the suspect, Irfan Naseer, was apprehended in Toba Tek Singh, around 200 kilometres from Lahore.

“A case has been filed against him under the Anti-Terrorism Act and the Telegraph Act,” he added, adding that the suspect’s mobile phone data was used by the police and intelligence agencies to track down the individual.

According to the officer, the police are also looking into if he has any ties to any prohibited organisations.

Ashton Agar, an Australian spinner who was a member of the test squad during Pakistan’s tour of the country, was also the target of a death threat on social media. 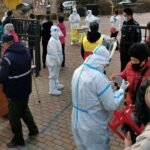 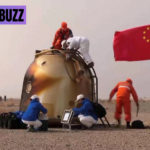