According to a legal file that AFP looked at on Friday, former U.S. President Donald Trump was removed as director of his own media company right before the company was called to testify.
The paper also said that Trump’s son, Donald Jr., and many other people had their positions as directors at Trump Media & Technology Group (TMTG) ended in June. This group is in charge of Truth Social, Trump’s social media platform.

Truth Social said that the claim was “fake news” and stressed that Trump was still the company’s chairman. The Sarasota Herald Tribune, which is based in the same Florida city as TMTG, was the first to print the story on Thursday. US financial regulators and prosecutors in New York have learned that TMTG is being looked into for using a shell company called Digital World to go public.

A few weeks later, TMTG and Digital World were served with legal papers that required directors and other executives to say that the filing that TMTG sent to the Florida Department of State on June 8 to remove Trump as director was dated.

On TMTG’s website, there is a page called “board of directors,” but it is completely empty.Thursday, the official account for Truth Social said that the report in the Sarasota Herald was wrong. But the statement didn’t directly contradict the fact that Trump had been fired from his job as director.

The article says that Donald Trump is still in charge of Trump Media and Technology Group as chairman of the board. The statement also said that he is still working there in the same way.

AFP has asked TMTG about this by getting in touch with them.After the attack on the U.S. Capitol on January 6, 2017, President Trump was kicked off of Facebook, Twitter, and YouTube. As an alternative, he set up Truth Social.

He was accused of using social media to encourage his supporters to use violence to change the results of the 2020 presidential election in the United States.Before he was banned from using Twitter at all, he had more than 89 million followers and used it all the time.

But the launch of his personal media platform in February of this year was full of technical problems, and people from countries other than the United States still can’t use it. 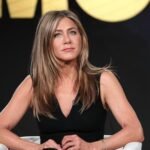 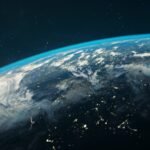