In accordance with court records, a judge dismissed the restraining order case on Monday after the couple requested it to be removed.

When asked Tuesday why his clients no longer wish to pursue the petition accusing Miller of breaking into their bedroom and threatening them in Hilo, the same town where Miller was jailed, William Dean said he could not respond.

Miller’s attorney, Francis Alcain, had requested that a hearing involving an alleged traffic violation for Miller in Hilo be postponed until April 26 because Miller and prosecutors are currently engaged in what Alcain described as “pre-negotiations” to reach an agreement on the two outstanding cases. The judge granted the request, which will be heard on April 26. There were no specifics provided by Alcain about the proposed partnership. On April 26, a hearing will be held in the arrest case, which is also scheduled.

On March 19, officers were dispatched to a conflict in downtown Hilo, where Miller was “uncooperative and refused to leave the area, as well as continuing to obstruct the walkway,” according to Hawaii Police Department Assistant Chief Kenneth Quiocho, who spoke on the record Tuesday. Miller was issued a citation for impeding a highway, according to Quiocho.

On March 27, police were called to Margarita Village in Hilo, where they found Miller yelling obscenities, grabbing a microphone from a singing woman, and lunging at a man who was playing darts, as stated in the police report

Miller was taken into custody and charged with disorderly conduct and harassing behaviour.

Following Miller’s release on $500 bond, the couple filed a petition for a temporary restraining order the following day. 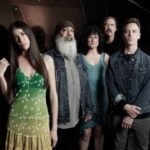 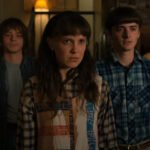