Jennifer Aniston wrote on Instagram that she was saddened by the death of The Morning Show’s camera assistant. A terrible motorcycle accident killed the person who helped with the camera. In her Instagram story, the actress showed how sad she was about the death of Gunnar Mortenson, who worked as her camera assistant. She also wrote a touching tribute to him. Aniston also gave a link to a fund that has been set up in his name to help his family.

Jennifer sent the following statement in an emotional response to Gunnar’s death: “This past week, Gunnar Mortenson’s death came as a shock and was very sad. As a camera assistant, he was very good at what he did and really cared about his job. In honour of Gunnar, a GoFundMe campaign has been set up to help raise money for his wife, Keely, and his 2-year-old son, Lars, during this hard time. All of us are going to miss you a lot, Gunnar.”

In her eulogy, Aniston also linked to Keely’s GoFundMe page and posted two photos of Mortenson: one of him with his son and wife, and the other of his son by himself. She also put the pictures in. After the camera assistant died too soon, the Los Angeles chapter of the International Cinematographers Guild set up the benefit to help the camera assistant’s family financially.

Jennifer Aniston has been a part of the AppleTV+ show The Morning Show for a total of two seasons, and the show has been a huge hit ever since it first came out. Jennifer Aniston wasn’t the only well-known actor who was on the show. Reese Witherspoon, Will Arnett, Billy Crudup, Steve Carell, Gugu Mbatha-Raw, and Nestor Carbonell were also there. The Morning Show was picked up for a third season early this year, and Jennifer hinted at the same thing on her social media accounts. 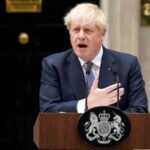 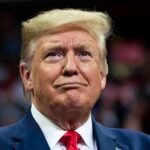