Khloe Kardashian and Tristan Thompson are reportedly expecting their second child through a surrogate, even though they are no longer together. People says that the baby was born before they got divorced and before Tristan’s paternity case. Kardashian hasn’t said anything about the accusations yet, but she did post a new selfie with her niece Dream Kardashian and her daughter True Thompson on Instagram.

Khloe’s most recent tweet was a cute picture of her and Tristan’s daughter True and her brother Rob’s daughter Dream. Before that, she had posted pictures from her recent birthday trip. Khloe and the girls were all making silly faces in the cute selfie, and the creator of Good American could be seen beaming widely. A few weeks ago, Kardashian said that it was “hard” to see Tristan and her break up after the paternity scandal on her show, The Kardashians.

Even though Khloe looked like she was having a great time with her daughter and niece, viewers were surprised to hear that she and Tristan were going to have another child. Even though a lot has changed since then, Khloe was seen on the last season of Keeping Up With the Kardashians thinking about having a second child through surrogacy.

After it was clear that he was the father of the child he had with Maralee Nichols, Tristan Thompson welcomed the child and said he was the father. In an apology to Khloe Kardashian earlier this year, the NBA player said that she doesn’t deserve the “heartache and shame” that his actions have caused. 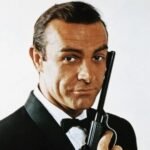 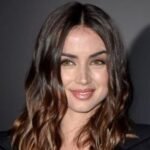