Trish Stratus went back to Monday Night Raw in Toronto on Monday night, and she helped introduce the show to a very excited Canadian audience. As soon as she got the microphone, she started giving hints that she might be thinking about getting back into the ring.

When the crowd chanted “one more match,” Trish Stratus said, “I’ve been doing a lot of thinking lately.” At that point, Bayley, Iyo Sky, and Dakota Kai asked her why she was even at Raw. They said that Stratus had been embarrassing them all over Eastern Canada for the past few days and that they were sick of it. They called her a failure. Bianca Belair spoke up for Stratus by telling Bayley to treat Trish with more respect.

Trish tried to get the word out several times during the night. When Dakota Kai told her that no one cared what she had to say, she had already told the group that she would speak up. When asked about Bayley in a WWE exclusive interview after Raw and praised for defying her because Bayley was a tough cookie, Trish said, “We’ll see.” When they ended the interview and told her it would be great to have her back, she replied, “You never know.”

Trish Plays Another Game?
Trish seemed like she could go into the ring tomorrow and do well. She didn’t hold back when she said she wanted to come back to the ring, so it shouldn’t be a surprise if WWE follows through on her threat. 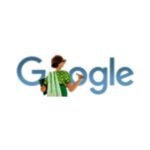 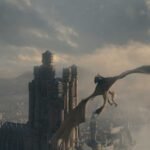