On Thursday, Twitter’s founder and former CEO, Jack Dorsey, said that the fact that Twitter turned into a business is his biggest regret. In his answer, Dorsey was answering a user’s question about whether or not Twitter had turned out the way he had hoped.

“@Jack I’m interested to know why you decided to join Twitter. Have things gone the way you planned? Right now, it seems to be leaning a little bit to the left. How can we make it clearer? It seems like an unusually high number of right-leaning Twitter users are being banned or kicked off the site. Someone asked on the Internet, “How could this possibly help MDAU?”

When asked about this, the founder of the social media platform said, “It becoming a company is both my biggest challenge and my biggest regret.”

On May 26, Jack Dorsey said that he was stepping down from Twitter’s board of directors. Dorsey has been a director of Twitter since 2007, and he was the CEO of the company from the middle of 2015 until he quit in 2018. After he quit his job, Parag Agrawal took over the duties he had been doing. A statement from the social media company at the time said that Dorsey would stay on the board “until the meeting of stockholders in 2022, when his term ends.”

In the meantime, it has been said that Elon Musk, the CEO of Tesla, sent a subpoena to Jack Dorsey in an attempt to back out of his USD 44 billion promise to buy the company that Dorsey helped start.

The company has sued Musk because he tried to back out of his $44 billion offer to buy Twitter. The trial between Twitter and Musk is set to happen in Delaware on October 17. The goal of this trial is to find out if Twitter has the legal power to force the billionaire to finish the deal. 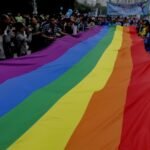 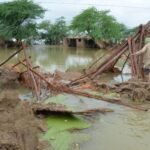