After declaring a state of emergency because monsoon flooding has affected more than four million people, Pakistan experienced heavy rains on Friday.

Every year, a lot of harm is done by the yearly monsoon, which is necessary to water crops and fill lakes and dams across the Indian subcontinent.

According to the National Disaster Management Agency, the monsoon rains that began in June have killed more than 900 people so far this year, including 34 in the last day (NDMA).

According to officials, this year’s floods are comparable to the worst floods ever, which occurred in 2010 and resulted in over 2,000 fatalities and about a fifth of the nation being under water.

In the southern region of Sindh province, close to Sukkur, an 80-year-old farmer told AFP, “I have never seen such massive floods from rain in my life.”

Like thousands of other individuals in rural Pakistan, Brohi was looking for refuge along the national highway. One of the only dry spots in the continuous sea of water are the raised highways.

According to the disaster organisation, the flooding “affected” about 4.2 million people. Almost 220,000 houses were completely destroyed, while another 500,000 suffered serious damage.

According to the disaster management organisation for the province of Sindh, two million acres of crops were lost. Many farmers in Sindh depend on one harvest to support themselves.

“The 50 acres of cotton I sowed are all gone,” Nasrullah Mehar told AFP.

“I feel like I’ve lost a lot. What is attainable?”

On Wednesday, Sherry Rehman, who oversees climate change, referred to the floods as “an epic scale calamity.” She claimed on Thursday that the administration had proclaimed an emergency and requested assistance from all over the world.

The nations most likely to experience extreme weather as a result of climate change are listed by the environmental organisation Germanwatch. On the list, Pakistan is sixth.

A drought and heat wave affected the majority of the nation early this year. The temperature in Jacobabad, Sindh province, rose to 51 degrees Celsius (124 degrees Fahrenheit).

Currently, the city is battling with flooding that has destroyed bridges, roads, and residences. People in Sukkur, about 50 miles away, struggled to navigate through muddy streets that were overflowing with trash brought in by the storm.

Student Aqeel Ahmed, 24, lifted his palm to his chest and stated, “If you had come earlier, the water would have been this high.”

To oversee the flood rescue efforts, Prime Minister Shehbaz Sharif postponed a trip to Britain that he had already scheduled. Additionally, he instructed the army to provide all of its resources to the relief efforts.

After visiting Sukkur, he declared on state television, “I saw the destruction from the air, and I can’t find the words to express it.

“The towns, villages, and agriculture are being flooded. There has never before been this much damage, in my opinion.”

The Pakistani military announced as part of a nationwide fundraising effort that each commissioned officer would donate one month’s salary to the cause.

The worst-hit provinces this year have been Sindh and Balochistan in the south and west, although practically the entire nation has suffered.

On Friday, pictures of rivers in the hilly north that were overflowing and destroying the structures and bridges along their banks were posted on social media.

Travelers had to wade through water up to their waists to reach the border at Chaman, a town on the western edge of Afghanistan. This occurred as a result of a local dam breaking, which exacerbated a flood from earlier rain.

According to Pakistan Railways, a flash flood damaged a crucial bridge and interrupted train operations to adjacent Quetta, the capital of the province of Balochistan.

The majority of mobile networks and internet services were unavailable in the province, which the nation’s telecoms authorities called “unprecedented.” 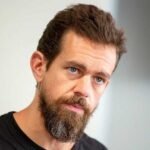