The debate on Wednesday night was the first time the same candidates debated in two consecutive elections, the BBC reports.

Le Pen, who lost to Macron in 2017, stated that she “would permanently slash VAT on energy” and “will also lower taxes, no income tax for under-30s”.

“My top aim for the next five years is to refund French taxpayers’ money,” she said. Le Pen also accused Macron of letting actual pensions decline.

The President called his opponent’s policies “unworkable” and said a price ceiling was “twice as effective as eliminating sales tax.”

Le Pen warned that arming Ukraine may turn France into a “co-belligerent” in the Ukraine-Russia conflict.

They did agree to support Ukraine and accept refugees, the BBC said.

Concerning immigration, Le Pen stated that if elected, she will call for a referendum on who should stay and who should leave.

She also criticised “anarchic and huge immigration” for contributing to the country’s vulnerability.

Concerning the public wearing of a headscarf, she stated that “women ought to be liberated from Islamist coercion.”

“I believe the headscarf is an Islamist uniform… I believe that most women who wear one can’t do otherwise in reality, even if they won’t admit it.”

Macron, though, accused her of equating Islamism, terrorism, and outsiders, CNN reports.

She also accused Macron of being out of touch with voters, stating he was unaware of the plight of healthcare employees before Covid-19.

But the incumbent President said he had led France through difficult times, including the pandemic, and intended to strengthen it.

Despite their differences on renewable energy, both candidates agreed to develop more nuclear power plants.

In the surveys, the difference between Macron and Le Pen has expanded since the first round on April 10, when Macron won 27.85% to Le Pen’s 23.15.

According to the BBC, the latest Harris/Challenges poll between April 15-18 had Macron at 54% and Le Pen at 46%.

Candidates cannot campaign on election day or the day before, and the media is restricted from reporting on the election until 8 p.m. on Sunday in France. 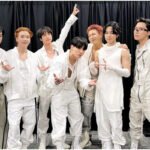 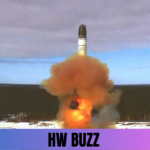