Shanghai, home to 26 million people, is still reeling from an almost two-week-old lockdown to contain a covid-19 outbreak. Locals are getting increasingly dissatisfied with the lack of food and medical supplies, which has contributed to the increase in coronavirus cases.

In Shanghai, the number of positive cases has remained at a high level. On Thursday, the National Health Commission recorded 3,472 locally transmitted confirmed COVID-19 cases, in addition to 20,782 asymptomatic cases, on the Chinese mainland, according to the commission (NHC).

The city has already undertaken numerous rounds of testing and constructed temporary hospitals in various locations, including stadiums and swimming pools, to treat both positive and asymptomatic instances of the virus. On Wednesday, China announced 3,020 new confirmed COVID infections and 26,391 new asymptomatic COVID infections, as the number of cases continues to rise, putting the country’s zero-virus case policy in jeopardy.

According to the National Health Council, 28,778 close contacts of coronavirus patients have been discharged from medical supervision on the mainland in the last 24 hours.

Significantly, the number of instances of coronavirus, which first appeared in Wuhan in 2019 and quickly spread around the world, is increasing in China at the same time that the rest of the world is easing off on all regulations after having successfully brought the virus under control.

The situation in Shanghai has become so tense that even the official Chinese media has begun to draw attention to the widespread public dissatisfaction.

Shanghai is going through its most difficult period in its fight against the Omicron variant of the coronavirus, and local residents are expressing doubt, anxiety, and fatigue. Some heartbreaking stories could easily arouse the public mood, according to a report published on Friday by the state-run Global Times.

According to the report, this is undoubtedly the most challenging period for Shanghai, as widespread public outrage has flooded the internet.

According to the Shanghai Post, millions of people in the city have been experiencing a variety of difficulties in recent weeks, including a food shortage, the delayed transfer of infected neighbours to collective quarantine facilities, and the chaotic handling of residents’ daily requests in some neighbourhoods, among other things.

The elderly are the ones who are most adversely affected. Shanghai was one of the first cities in China to experience a significant increase in the number of elderly people.

Approximately 5.815 million individuals over the age of 60 live in Shanghai, according to the 2019 Shanghai Elderly Population and Ageing Business Monitoring Statistics. This suggests that one out of every three persons in the city is an elder.

According to the South China Morning Post, the total number of old persons living alone in the country has reached 317,400. According to the report, this group of people became one of the most vulnerable during Shanghai’s prolonged lockdown due to the fact that the majority of them suffer from chronic diseases.

China’s zero-case policy is in direct opposition to global trends. People’s livelihoods and spirits have been put to the test, and both will have an impact on popular confidence in the government, according to an article in the Washington Post.

Nonetheless, Chinese President Xi Jinping has continued to push that the government adhere to the zero-case policy. “Given the seriousness of the worldwide COVID pandemic scenario, we must never relax our response.” Perseverance is the key to achieving success “On Thursday, Xi mentioned this while on a tour of the province of Hainan.

“Given the gravity of the global COVID pandemic scenario, we must maintain vigilant in our response at all times.”

People must not let their guard down, lose their motivation, take risks, or slacken their efforts, according to him.

Read More : PFIZER PLANS TO APPLY FOR A THIRD COVID SHOT IN CHILDREN IN THE UNITED STATES. 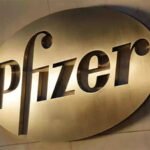 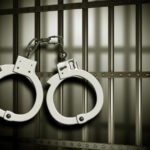