Pakistani experts combed the twisted wreckage of two trains that crashed in a remote rural region on Tuesday, an accident that killed dozens and exposed massive safety issues on the country’s ageing rail network.

Welders were finishing repairs to the broken tracks as army, and civil engineers moved much of the wreckage of carriages smashed like tin cans in the incident.

The sight reeked of diesel, sweat, and blood, and workers said people were still being removed from damaged waggons overnight.

“In around 10 years of employment, this is the colossal accident I have witnessed,” train engineer Jahan Zeb told AFP, his eyes limp from lack of sleep.

The Millat Express was on its way from Karachi to Sargodha when it derailed, leaving its carriages scattered across the rails as the Sir Syed Express from Rawalpindi smashed into it minutes later.

The catastrophe has renewed debate about Pakistan’s public transportation system, notably its train infrastructure, which has seen little investment in decades.

The cause of the Millat Express’s derailment is unknown. However, Interior Minister Sheikh Rashid, a former railroads minister, described the section as “a shambles,” while current minister Azam Swati labelled it “very unsafe.”

Pakistan Railways announced on Tuesday that 63 individuals had died in the disaster, giving two lists with 51 names and 12 unidentified casualties.

They ranged in age from a newborn to an 81-year-old woman.

Khan Mohammad, station master at neighbouring Reti junction, believes that more lives could have been spared if they had just a few more minutes after the derailment.

He described seeing a six- or seven-year-old child pinned beneath the locomotive, her knee locked on the track.

“Somehow, we were able to save her, and she was amazingly alive.”

Then came the impending train.

“This disaster may have been avoided if there had been a 10-minute delay,” he claimed. 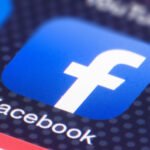 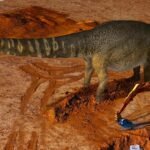