Six weeks were spent on the defamation case involving Johnny Depp and Amber Heard, and the jury’s verdict was ultimately announced in June. Even though Depp was declared the winner and received USD 10 million in damages from his ex-wife Amber Heard, the case is still generating headlines, this time for the newly revealed pre-trial documents. Even though Depp was declared the winner, news about the case continues to circulate. There is some damaging material in the records that wasn’t mentioned in court when the case was being tried.

The 6,000 pages of pre-trial files also contain the actress Ellen Barkin’s deposition testimony from 2019, which is included. Ex-girlfriend of Johnny Depp named Barkin. When questioned about her relationship with Johnny and her friendship with him, the actress gave a similar response. The couple decided to break up after dating for a few months while Fear and Loathing in Las Vegas was being filmed in 1997.

Read More : The judge said no to Amber Heard’s request for a mistrial in the Johnny Depp case because of a problem with a juror.

Barkin tells about a time when the actor offered her drugs, which is mentioned in the documents. She also discusses how they were friends before moving their friendship to the next level. This was stated by Barkin in response to a query regarding the circumstance in which he suggested that they go beyond their platonic acquaintance “He approached me improperly in my living room, pulled me onto his lap, and said something like, “Oh, come on Ellen” or something. I initially raised my voice in a slight, but not extreme, manner of disapproval. That put an end to it “through the Entertainment Tonight channel

She clarified her earlier claims about protesting and continued by saying that while Depp did not physically assault her, he did give her a Quaalude and inquire about whether she wanted to f**k him. While Ellen was being questioned about it, she admitted that Johnny was “drunk all the time” in her testimony regarding his alcoholism. It’s interesting to note that the Virginia defamation trial made no mention of Barkin’s claims that Depp had offered her drugs. 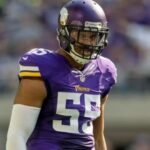 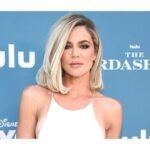