Netflix India and Film Companion will fund the “TakeTen” programme for the next generation of Indian storytellers. The “Take Ten” finalists participated in a week-long workshop guided by more than 20 of India’s greatest creative experts. The 10 finalists will now develop short films for Netflix India’s YouTube channel.

Meeting young filmmakers is thrilling because they have limitless potential for their goals. These people could transform filmmaking, business, and “what works.” I’m excited to see how they used music to reflect the issues we discussed “Vishal Dadlani held a workshop on using music to enhance short films.

Reema Kagti’s session on translating ideas into on-screen narrative was “a thrill.” I’m excited to see how they use their movie.

Chopra “Netflix and Film Companion choose these emerging directors. It was inspiring to see kids watch movies so seriously. I’m interested in their films.” Her training on short films emphasised saying more with less.

“I’m thankful to all the artists who provided young filmmakers with inspiration, and I’m delighted the “Take Ten” finalists were able to pick up tips from the greatest!” Film reviewer and author Anupama Chopra commented.

Sameeha Sabnis learned the power of “I don’t know” throughout filming. Multiple presenters stressed that mistakes may be wonderful, which helped her reorganise her mental state with her team. 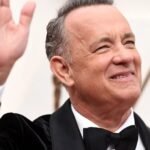 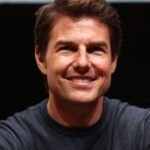