Natalie Portman is a big name in Hollywood. In the next Thor movie, Love and Thunder, she will play scientist Jane Foster again. This will be her third time in the Marvel Cinematic Universe. Natalie will also play the role of the Mighty Thor in the new movie.

Natalie talked about how excited she was to return to the Marvel universe at a recent worldwide virtual press conference.

The director said, “I was very grateful to everyone’s imagination for putting a five-foot-three actress in a six-foot role.” When asked to describe what it was like to play the Mighty Thor, Natalie said, “I think that takes a real leap of faith in your mind, and it’s probably not something I’ll get the chance to do or be thought of as by any other group.” This is what Natalie said in answer to the question.

Natalie Portman’s director, Taika Waititi, and one of her co-stars, Chris Hemsworth, both loved how she played Jane Foster in this movie. Chris Hemsworth said that this movie was like a “rebirth” for Jane Foster, which made Natalie’s co-stars very happy.

We’re all glad to see Natalie in a way we didn’t anticipate. We decided not to have her play the same part again because she is such a good actor and because we like to keep changing this franchise in new and exciting ways. Waititi said that they didn’t want to show her only working as a scientist on Earth while she waited for Thor.

Natalie Portman played the scientist Thor’s girlfriend in the first two Thor movies, Thor and Thor: The Dark World. In both of those movies, Chris Hemsworth played the role of Thor.

Thor: Love and Thunder, which was directed by Taika Waititi, will come out on July 7 in India. 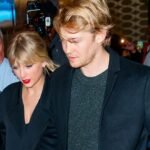 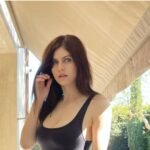