On Saturday, Joe Biden’s doctor at the White House said that he had tested positive for Covid-19 for the second time and that he would have to go back into isolation because of it. The doctor said that this was because the US president’s therapy had “rebound” effects.
After tests came back negative for four days in a row, the 79-year-old Biden “Antigen testing done late Saturday morning showed that the person was positive.
Because of this, “will start taking strict isolation precautions again, “said Kevin O’Connor, the president’s doctor, in a memo.

Joe Biden claims he is still feeling fantastic and that no new symptoms have appeared. With all of this in mind, there is no reason to start therapy over at this point “he added.

O’Connor recently said that Joe Biden had tested negative for the disease and was no longer required to stay in isolation, which he had been doing since his first positive result on July 21. Just three days after O’Connor made that announcement, the second positive test came back.

Read More : AFTER GETTING MARRIED IN LAS VEGAS, JENNIFER LOPEZ AND BEN AFFLECK FLY TO PARIS FOR THEIR HONEYMOON. 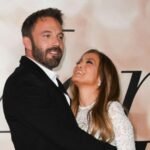 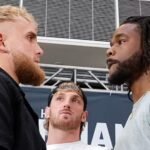