The $400 million camera contract between Tesla and Samsung could be for Cybertruck.

Tesla has marked $436 million worth of managing South Korea’s Samsung Electro-Mechanics for the stock of cameras.

The arrangement for the EV producer’s Cybertruck pickup, Electrek announced, referring to nearby media. The organization first revealed the Tesla Cybertruck in November of 2019.

As the Korea Economic Daily reported:

The Korea Economic Daily announced that the “number 1 American EV producer” to whom Samsung will supply cameras intends to dispatch another electric vehicle that could give drivers a back see through a camera prepared on the vehicle as the model doesn’t have side mirrors. It additionally noticed that the impending EV has over eight cameras for self-driving purposes.

The Cybertruck is outfitted with a variety of cameras:

Notably, the Cybertruck is furnished with a broad set-up of cameras and sensors. The electric pickup is outfitted with cameras in the bumpers that give a view of the lodge instead of having to rely upon side mirrors.

Even though the US doesn’t permit cameras rather than side mirrors, Tesla is expecting to change that before the dispatch of the Cybertruck, Electrek announced.

Talking regarding Cybertruck’s suite of cameras:

Discussing the Cybertruck’s set-up of cameras, it gets forward-looking and back-confronting cameras just as one under the front guard.

The cameras could be utilized for purposes like stopping help or even a 360-degree elevated perspective.

Tesla has managed to keep the Cybertruck in the news:

Tesla has figured out how to keep the buzz around the Cybertruck going on since it was displayed in 2019. The organization had as of late licensed that the impending Cybertruck could travel a limit of 610 miles (around 980 km) on a solitary charge.

The EV creator even reported that it had effectively gotten more than 1,000,000 bookings for the electric pickup.

To be made in at Tesla’s forthcoming office in Texas, the conveyance courses of events for the vehicle have been pushed back to 2022 from the first expected conveyances in 2021. 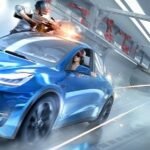 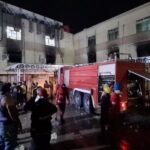