In movies, Anne Heche had the wrong roles. Her gamine beauty and sharp intelligence made it hard for Hollywood to mould her into a typical heterosexual lead. She was not an obvious heterosexual lead, and she often said that the fact that she was dating Ellen DeGeneres in the 1990s cost her a lot of movie roles at a time when the industry was dominated by straight people who believed “lipstick lesbian” stereotypes. She only went out with men.

She was too interesting to play a sister, coworker, or best friend. Heche was friendly and cool, and she looked great on camera and had a sexually charged opacity. Maybe her complexity worked better on long-form TV, but she was getting great character roles and dark humour in movies.

In the mid-1990s, Heche’s big break came when she played Maggie, Johnny Depp’s angry and confused wife in Donnie Brasco. In the hit slasher movie I Know What You Did Last Summer, she played Missy, who was angry and suspicious. Her short, spiky hair showed how different she was from the female stars with long, shiny hair. She played a cynical presidential adviser in Wag the Dog who was worried about spreading false information.

In the movie Six Days, Seven Nights, Heche played a flashy fashion editor who was engaged to a normal guy (David Schwimmer) but fell in love with the drunk alpha-male pilot (Ford) after a storm left them stranded on a remote island. Heche did well as an unusual character in a movie that didn’t do too well at the box office. Gus Van Sant cast her as Janet Leigh in Psycho the same year. Her whole performance as Marion Crane was a harsh critique of herself and her sad life. Heche’s vacant, wide-eyed look suggested that she had taken the Bates Hotel nightmare to heart.

In the next ten years, her most important roles were small ones. In Jonathan Glazer’s scary movie Birth, she played Nicole Kidman’s sister-in-law. In the LA movie Spread by David Mackenzie, about an older woman with a narcissistic “kept man” who cheats on her, she did a great job.

Catfight, which was made by Onur Tukel in 2016, is my favourite Anne Heche movie. In it, she plays an experimental artist who is forced to work as a waitress at catered events. At one, she sees Sandra Oh’s snooty trophy wife, a classmate from college she didn’t like. Because they hate each other so much, they fight. In My Friend Dahmer, Heche was very funny as Joyce Dahmer, Jeffrey Dahmer’s mother. She is funny as the drunk and inept mom, a bad cook who may have planted the seeds of Jeffrey’s inner darkness when she asked for custody of his brother Dave during the divorce process.
Heche was smooth and sharp, and he gave off an air of refined refusal to be scared, not cynicism. Her death takes away a talent from movies and TV. 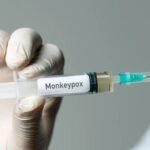 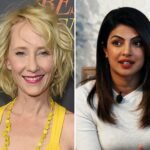