Nick Jonas and Priyanka Chopra’s daughter Malti Marie Chopra Jonas was born in a Los Angeles hospital and stayed there for more than 100 days. The singer’s most recent performance was on Sunday at SoFi Stadium in Inglewood, California, for the 50th anniversary party of the Cedars Sinai Board of Governors.

Nick was the main act at the party, which also honoured Andrew Whitworth, the Super Bowl LVI champion for the Los Angeles Rams. Before he went on stage, the singer talked about the hospital and praised the hard-working research staff there. After his daughter spent time in the NICU, Nick told Just Jared, “It really means a lot to those of us who have been through some hard times to know that there are people who care and who show up and do an excellent job.”

Nick Jonas and Priyanka Chopra announced early this year that they had a daughter. Their first child was born through a surrogate. The couple talked about how hard it was for them when their baby was in the NICU for more than a hundred days in May of this year. Nick put a message on Instagram that said, “Our baby girl has been in the NICU for more than 100 days and is now at home. Even though the last few months were hard for us, it is clear now how precious and beautiful every moment is. Every family’s journey is different and requires a different amount of trust. We’re so happy that our daughter is finally back with us.”

Priyanka and Nick have made the most of their time with her since they let her live with them. Most recently, they went to Chopra’s 40th birthday party and also celebrated her six-month birthday. 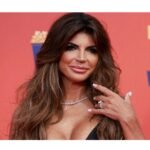 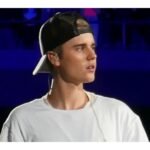