Alia Bhatt and Ranbir Kapoor, Tinseltown’s favourite couple, married on April 14th at the Vastu mansion of the Yeh Jawaani Hai Deewani actor in Bandra, Mumbai, after dating for five years. The couple’s wedding was a small affair with only their closest family and friends in attendance. Ranbir and Alia’s wedding was attended by Kareena Kapoor Khan, Saif Ali Khan, Shweta Bachchan, Shloka Ambani, Karan Johar, Ayan Mukerji, Navya Naveli, and others.

Alia and Ranbir wore matching Sabyasachi dresses to the wedding. The Gangubai Kathiawadi actress’s bridal attire drew a lot of attention because she opted for an ivory and gold saree instead of the usual lehenga. According to a report in Hindustan Times, due to her Hollywood debut, the actress did not perform the traditional chooda ritual on her wedding day. The bride must wear the chooda for at least 40 days to a year as part of the process, but Alia will begin filming her Hollywood feature soon. For the time being, she will be unable to wear the chooda.

Alia’s Haldi ceremony was said to have taken place on Thursday morning. According to the story, Alia’s mother, Soni Razdan, gave her son-in-law Ranbir a high-end pricey watch, which “costs about 2.50 crore,” according to the source. Apart from pheras, the newlywed couple also exchanged rings on their wedding day.

Read More : LIZ SHERIDAN, WHO PLAYED ‘ALF’ ON ‘SEINFELD,’ DIED ‘PEACEFULLY IN HER SLEEP’ AT THE AGE OF 93. 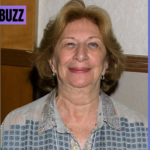 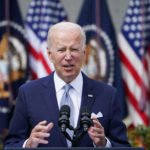