Jason Momoa, star of Aquaman and Dune, is in talks to feature in another blockbuster with Warner Bros, the actor is in the final stages of negotiations to feature in the studio’s live-action Minecraft film. The project, which is based on the popular computer game, will be directed by Jared Hess, the director of Napoleon Dynamite.

In addition, Dune producer Mary Parent and Roy Lee will serve as executive producers, with Jill Messick obtaining a posthumous producing credit for her work on the project before her death in 2018. Jon Berg, Cale Boyter, and Jon Spaihts are among the executive producers on the project. The video game was developed by Sweden’s Mojang Studios, with Lydia Winters and Vu Bui, who worked on the game, producing the film as well.

Minecraft, which was released in 2011, allows players to construct structures and entire planets out of bricks. The game quickly gained popularity, amassing 100 million users within a few years of its release and prompting Microsoft to acquire Mojang for $2.5 billion in 2014, a record-breaking sum at the time.

For years, Warner Bros. has been planning a film based on the game, with Shawn Levy and Rob McElhenney (It’s Always Sunny in Philadelphia) among those who have expressed interest in directing.

Aquaman and the Lost Kingdom, directed by Momoa and produced by Warner Bros., will be released in March 2023. The film is a sequel to the $1 billion-grossing film Aquaman, which was released in 2018. Momoa is represented by WME as well as Edelstein, Laird & Associates. Hess is represented by the UTA and the Sloane Offer agency.

Read More : GAY ALLUSIONS IN FANTASTIC BEASTS 3 HAVE BEEN REMOVED FROM THE CHINESE VERSION OF THE FILM. 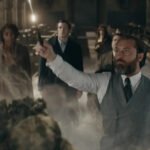 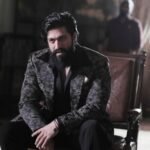