LeBron James, the star player for the Lakers, has agreed to a two-year, $97.1 million contract extension with a third-year player option that will likely keep him in Los Angeles for as long as he wants.

Rich Paul, the CEO of Klutch Sports, which represents James, said that ESPN was the first to report on the deal.

James, who is 37, will pass Kevin Durant of the Brooklyn Nets to become the highest-paid player in NBA history. This is because the deal guarantees him $532 million over the rest of his career.

The deal puts to rest fears that James, a four-time NBA champion and 18-time All-Star who is about to enter the last year of a $44.5 million contract, will look for a new team in the summer.

James is a four-time NBA Most Valuable Player who will turn 38 in December. Because of the league’s collective bargaining agreement, he can only sign a two-year extension because he will be 38 or older when his current contract ends.

This season, one of the many new storylines is James’s search for more history.

If he stays healthy and keeps scoring an average of 27 points per game over his career, he will pass Kareem Abdul-Jabbar sometime in January.

The Lakers didn’t make the playoffs in 2022, even though James averaged 30.3 points, 8.2 rebounds, and 6.2 assists in 56 games. The 17-time NBA champions, on the other hand, have enough room in their salary cap to add a third star player on a max contract in the offseason of 2024. 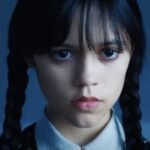 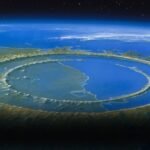