WWE said Monday in its most recent quarterly report to the SEC that the investigation into former CEO Vince McMahon’s hush money payments was “essentially” done. The investigation started in April, and the results were made public in June. The investigation was about the non-disclosure agreements (NDAs) that McMahon signed with former employees to keep sexual misconduct claims from getting out to the public.

The document says in part, “On June 17, 2022, the Company and its Board of Directors said that a special committee made up of independent board members (the Special Committee) had been set up to look into claims that the Company’s former Chairman and Chief Executive Officer, Vincent K. McMahon, had done something wrong. The Special Committee’s investigation is almost done “in a cartoon.

Stephanie McMahon and Nick Khan were made co-CEOs of the company in his place, and Paul Levesque, also known as Triple H, was named Head of Creative and Head of Talent Relations. McMahon had already said that he was leaving all of his jobs at the company at the end of July. The rest of the statement said, “”Unrecorded Expenses” is the name for the $19.6 million total of these costs that can’t be found. Mr. McMahon paid for all of the Unrecorded Expenses himself, and he will continue to do so. The company has decided that the total amount of unrecorded expenses would be big if they were all recorded at once in the second quarter of 2022, but that the amount of unrecorded expenses in each period where they started was not material.” 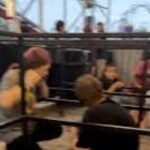 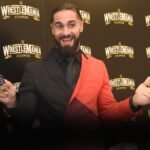