After a traffic stop in Florida on Friday, Kodak Black was taken into police custody. His true name is Bill Kahan Kapri.

CNN got a press release that said the Florida Highway Patrol pulled the rapper over because the tint on his car’s windows “looked to be darker than the legal limit.”

When the police pulled Kapri over, they found that the car’s registration had expired.

Variety says that after more searching, 31 white oxycodone pills and $75,000 in cash were found in a small bag.

According to online police records, Kapri was arrested again on Friday for “possession of a controlled substance without a prescription” after he was released from jail.

Bradford Cohen, who is Kapri’s lawyer, said in a statement, “Never judge a case based on an arrest.”

There are facts and situations that support a defence, especially in this case. We agreed to a $75,000 bond and will move forward to find a quick solution.

The Florida Highway Patrol was not available right away to say anything.

Kapri, who was born and raised in Florida, pleaded guilty to making false statements to get guns from a gun store in the Miami area. In November 2019, he was given a three-year jail sentence.

Later, in January 2021, when his time as president of the US was coming to an end, Donald J. Trump changed his sentence. Kapri was called “a well-known artist and leader in the community” by his White House staff.

In 2017, a grand jury in South Carolina charged Kapri with first-degree criminal sexual conduct. This was before the allegations about weapons.

This year, Kodak Black’s album “Back for Everything” went straight to No. 2 on the Billboard 200 chart.

It was the fifth time that one of his albums was in the top five on the chart. In February, Kapri was also taken to the hospital after being shot outside of a Los Angeles nightclub. 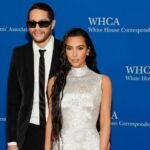 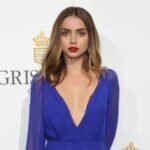