The upcoming movie from Kodansha based on the well-known anime series That Time I Got Reincarnated as a Slime has been acquired by Crunchyroll, a streaming service and distributor owned by Sony.

The film will premiere in Japan in November 2022 under the full title That Time I Got Reincarnated as a Slime the Movie: Scarlet Bond. It will be broadcast in all major nations by the beginning of 2023.

The agreement is a continuation of Crunchyroll and Sony’s recent practise of releasing more beloved anime films in theatres all across the world. The potential for anime to generate revenue in theatres has increased in recent years as more young people watch anime online across the globe. Crunchyroll has announced plans to release Dragon Ball Super: Super Hero, One Piece Film: Red, and the upcoming fantasy anime Suzume no Tojimari on large screens all across the world.

That Time I Got Reincarnated as a Slime: Scarlet Bond is based on the well-known fantasy adventure anime series of the same name as well as the best-selling light novel written by Fuze and illustrated by Mitz Vah. Minami Satoru, a typical 37-year-old man, dies and then reincarnates as a slime, the most uninteresting being you can imagine. Things appear to be quite dire at first. He has poor hearing, sight, and mobility. But Rimuru Tempest, his new moniker, will be able to use his blobby talents to make friends and foes in a new world with a variety of individuals by combining his two special skills, “Predator” and “Great Sage.” The upcoming film is a standalone tale that happens after Season 2 of the anime series has ended. We’ll find out more information about the movie in the upcoming months.

According to Mitchel Berger, senior vp of global business at Crunchyroll, “the series is still a favourite among Crunchyroll fans, and we’re happy to keep the adventures rolling when the movie comes out in theatres early next year.” 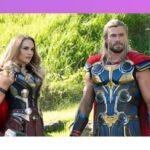 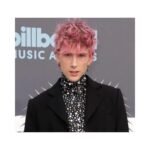