Ana de Armas seems to want to keep her reputation as a big-screen actress.

The “Knives Out” actress recently admitted that she left Los Angeles because she had to deal with “awful” attention when she was dating ex-boyfriend Ben Affleck.

“There’s nowhere to go. There is no way out,” the 34-year-old said in a brand-new interview with Elle magazine. There is always the feeling that something is absent or not here. It’s a place that makes you feel uncomfortable.”

In May 2020, on Affleck’s birthday, De Armas posted pictures of herself and Affleck together on Instagram, making it clear that they were dating. Affleck, who is 49, did the same thing. Reports say that the “Deep Water” co-stars will have broken up by January 2021.

De Armas has since found happiness in New York City and learned new ways to avoid being closely watched. She makes sure that no one knows about her private life by not Googling herself.
She told the magazine, “I got rid of Twitter a long time ago. I haven’t used Instagram for more than a year.

De Armas will be in “They Gray Man” with Chris Evans and Ryan Gosling the next time we see him. She also plays Marilyn Monroe in the Netflix show “BLONDE.” 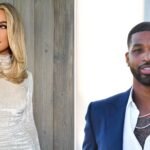 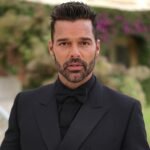